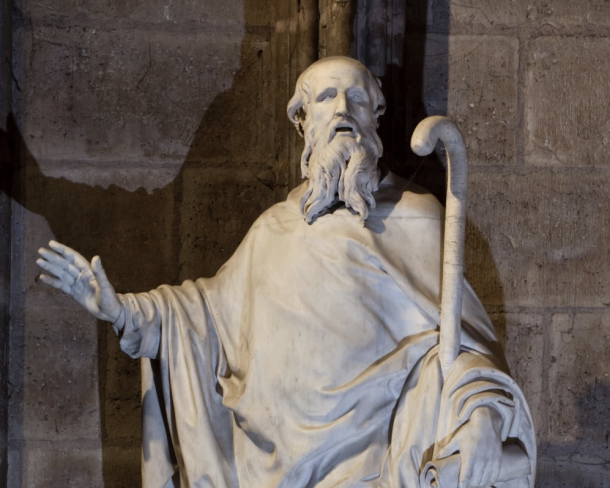 This marble statue of Saint Denis preaching the Faith dates from 1722. It is the work of Nicolas Coustou (1658-1733). Saint Denis stands on a column with a foliage capital in the neo-Gothic style. He is represented standing, holding a staff in his left hand, as well as a scroll of paper. His bishop's mitre is placed at his feet. feet, he is dressed in a large coat with heavy folds. The statue was located in the transept crossing until 2004, and was moved to the north transept in 2012. 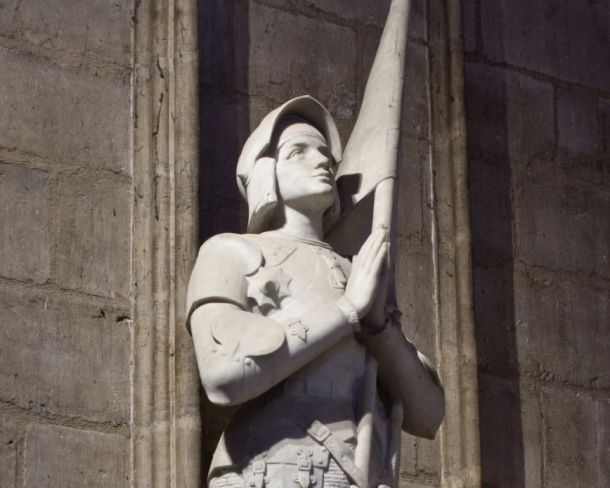 Statute of Joan of Arc 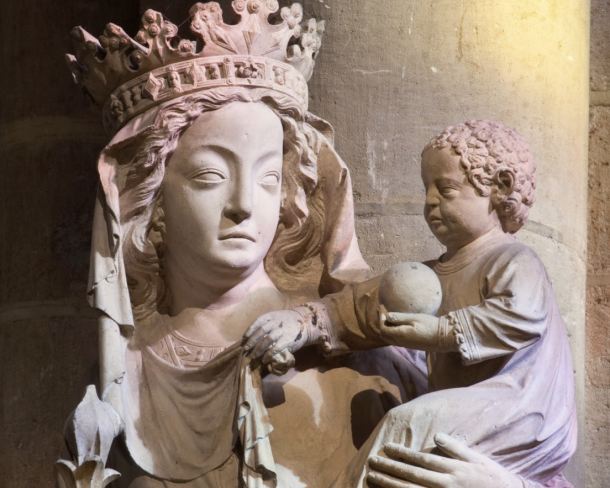 Virgin of the Pillar 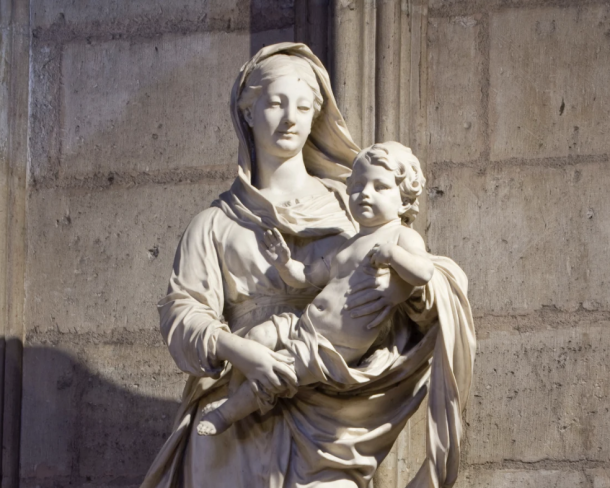 Virgin of the Students 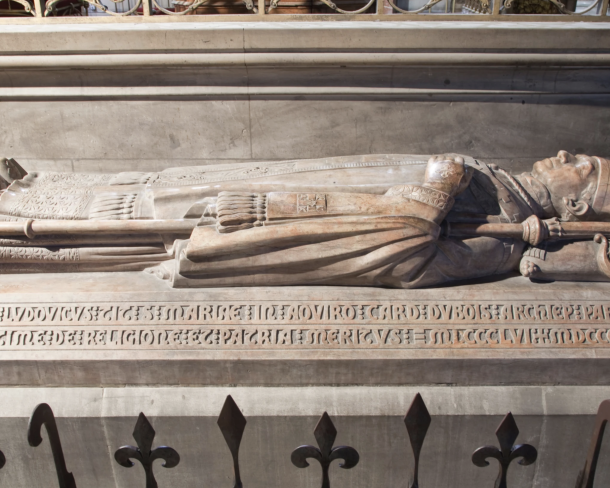